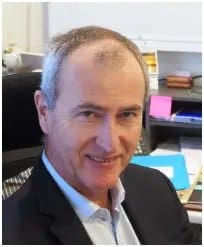 Dr John Reardon is a Fellow of the Royal Australasian College of Physicians (FRACP) and the Royal College of Pathologists of Australasia (FRCPA, 1992), with specialist qualifications in Medical Oncology and Clinical Haematology.

Following his basic training, Dr Reardon commenced his Physician training at the Greenslopes Repatriation Hospital in Brisbane.  Subsequent to this, advanced training in Haematology and Oncology was undertaken at the Royal Prince Alfred Hospital in Sydney, Greenslopes and Royal Brisbane Hospitals.

Relocating to the Sunshine Coast, Dr Reardon commenced private practice in 1992.  Later that same year, he established the Haematology and Oncology unit at Nambour General Hospital.

In 1998, responding to an unmet need, Dr Reardon together with his wife Sandra, founded and established the Sunshine Coast Haematology and Oncology Clinic at Cotton Tree.  Since that time, the Clinic has become a highly-valued facility on the Sunshine Coast, consistently delivering quality care to patients with cancers and blood disorders.