Capsule endoscopy in the diagnosis of small intestinal pathology 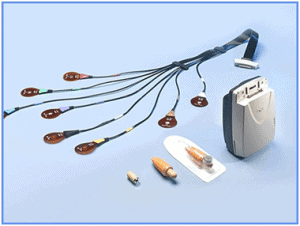 Since its introduction in 2000, capsule endoscopy has allowed us to investigate and diagnose pathology in the small intestine, a previously arcane area of the gastrointestinal tract.

Presently it is funded by Medicare to investigate overt GI bleeding or occult bleeding with iron deficiency anaemia where a source has not been disclosed after gastroscopy and colonoscopy or for the surveillance of PeutzJeghers syndrome.

The procedure requires the patient to fast overnight and then swallow a capsule equipped with a light source and camera that tumbles through the small intestine and transmits two images per second to a recording device worn by the patient over an 8 hour time period. There is no anaesthetic involved, nor does the patient need to remain within the facility during this time thus ensuring minimal disruption. . The capsule is excreted normally with defaecation

The only significant risk with this procedure is capsule retention that occurs in about 1% of cases that may require surgical or endoscopic removal. This rate is higher (up to 8%) in patients with Crohns disease. In patients with a swallowing disorder, the capsule may need to be placed with a gastroscopy 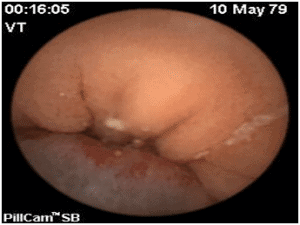 Capsule endoscopy has a sensitivity of 47% and 66.6% respectively for the detection of pathology in occult bleeding or iron deficiency anaemia. Where pathology is detected, the patient may then need to be referred for enteroscopy to obtain a tissue diagnosis or for interventional procedures.

The most commonly diagnosed conditions include small bowel tumours in 5-7% cases as well as Crohns disease, NSAID injury and angioectasia.

For all appointments and enquiries, please call.

Request a call back

We are happy to hear from you.