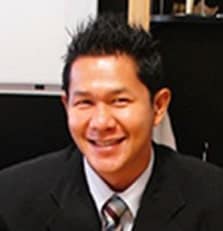 Dr Gamboa completed his primary Orthopaedic Training at the Philippine General Hospital, the country’s national tertiary hospital. By his graduation, he had won all of the last three consecutive National Research Forums as well as the last three intra-hospital orthopaedic research forums. In 2003, he was awarded by the National Institute of Health as one of the most outstanding researchers in the field of Medicine – encompassing the various subspecialties. In 2005, he successfully passed his Fellowship examinations as the national board topnotcher.

From 2005 to 2006, he trained under Dr David Morgan as the latter’s Fellow in Bone and Cartilage Transplantation and Joint Revision Surgery. He spent 2007 – 2010 working as an orthopaedic surgeon in Toowoomba and successfully passed the Australian Fellowship Examinations in 2009. He is currently a Fellow of both the Australasian College of Surgeons of Australia and the Philippine Orthopaedic Association and is also an Associate of the Australian Orthopaedic Association. He is an avid sportsman and spends his spare time in the local gym or jiu-jitsu and mixed martial arts club.

Gauguin’s practice has a special interest in orthopaedic disorders of both the hip and knee joint, focusing on surgical treatment of these disorders, utilizing the latest technology in arthroscopy, osteotomy, and joint replacement or resurfacing.

For all appointments and enquiries, please call.

We are happy to hear from you.